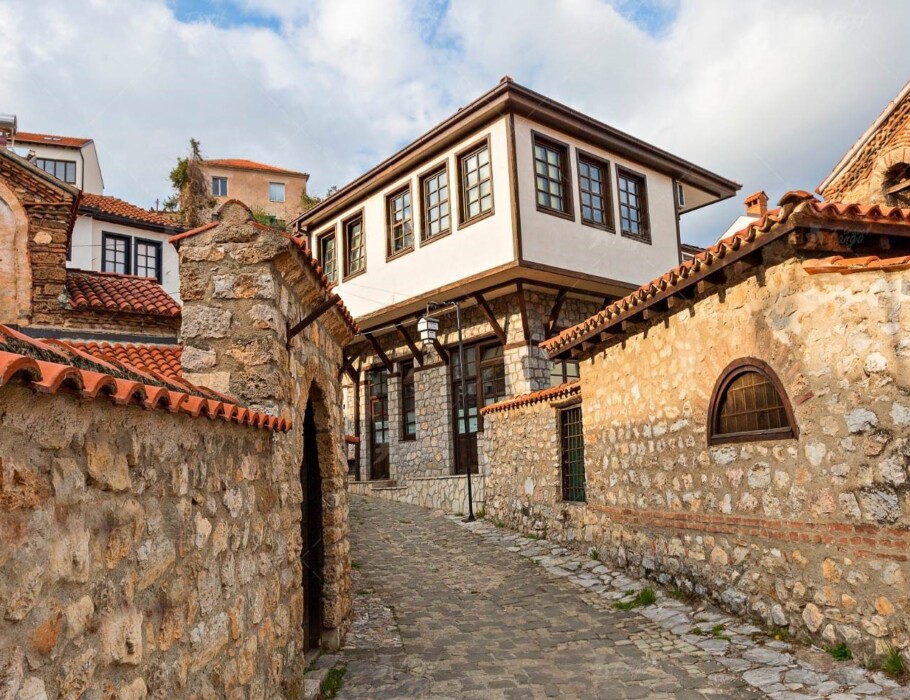 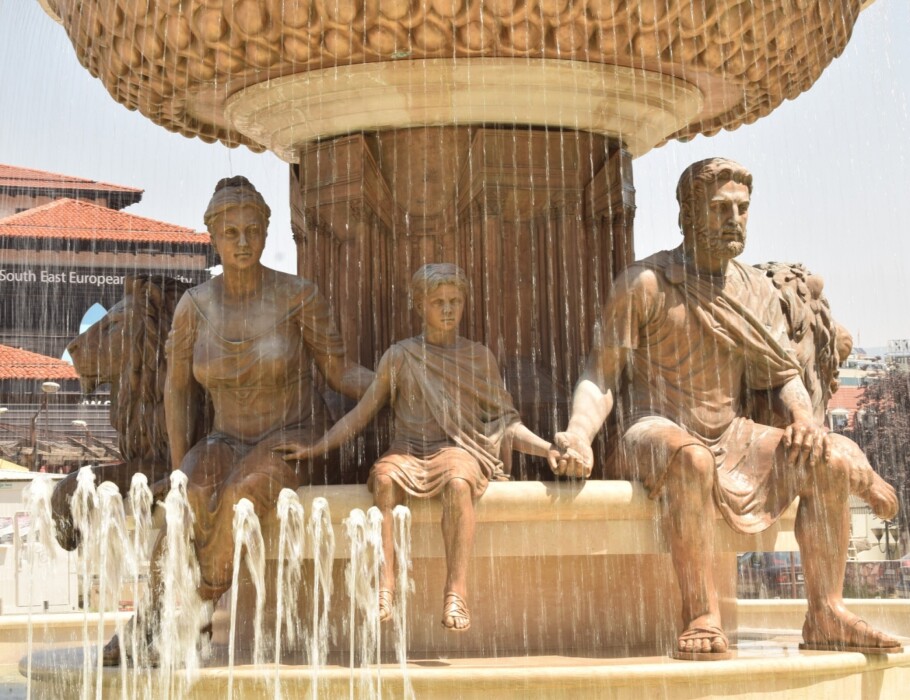 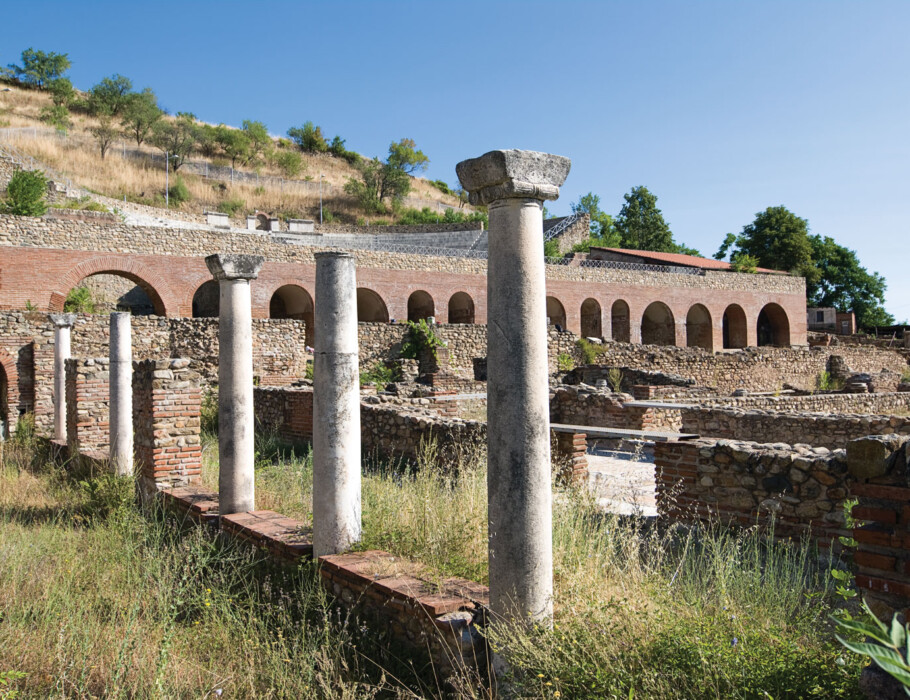 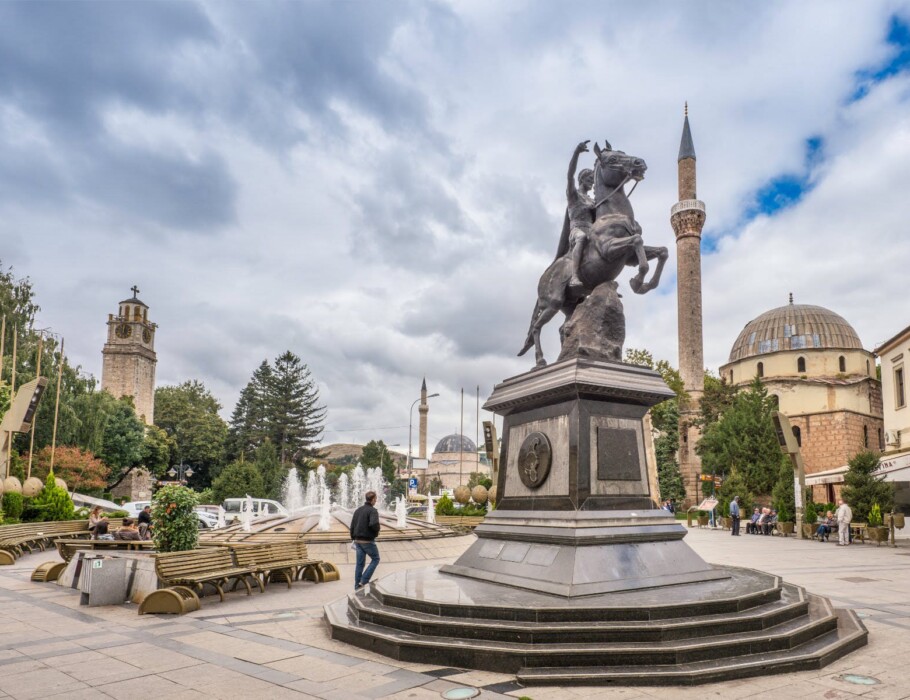 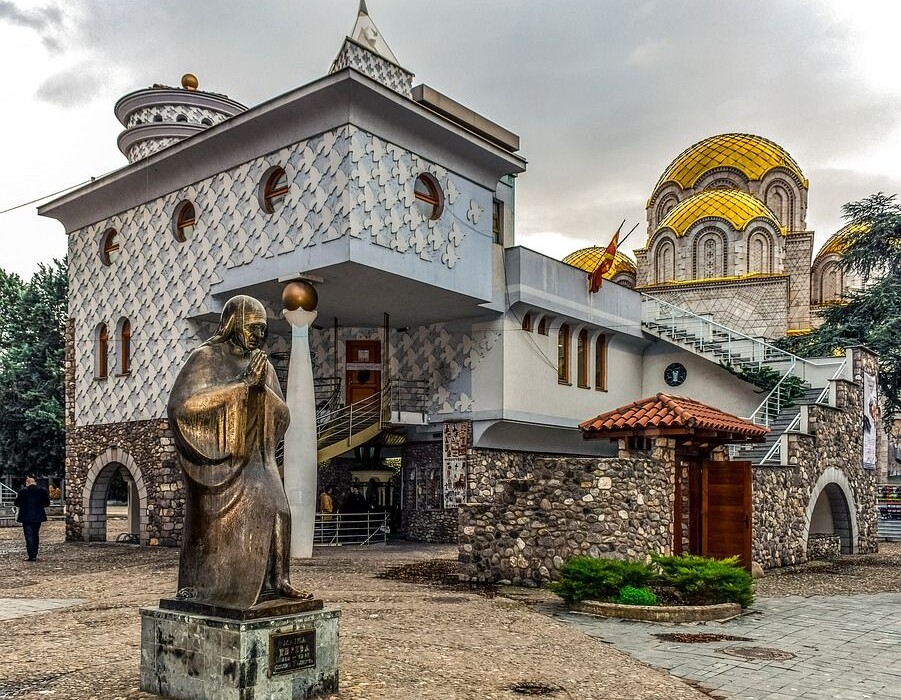 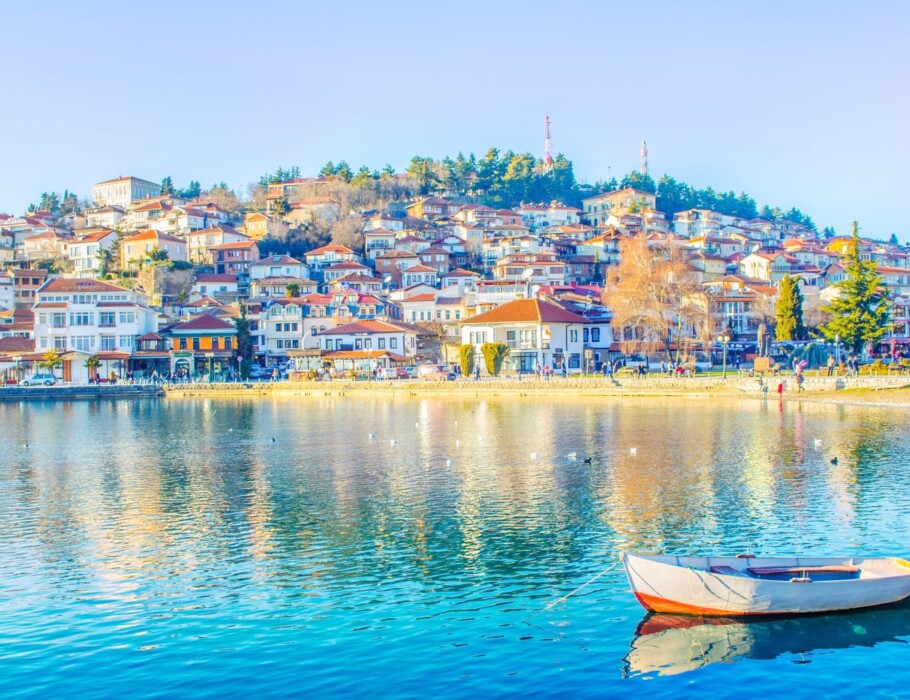 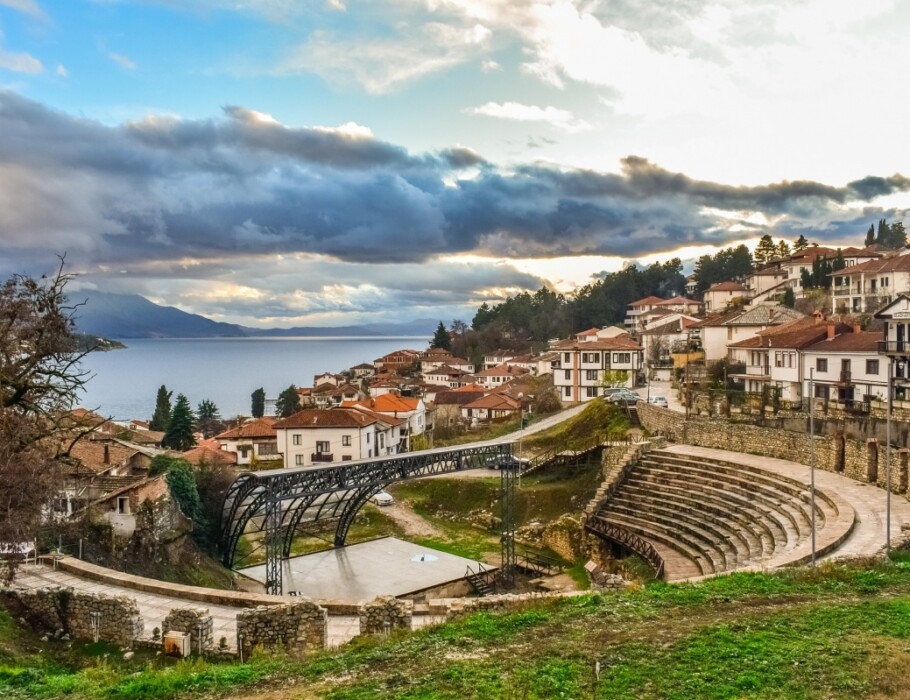 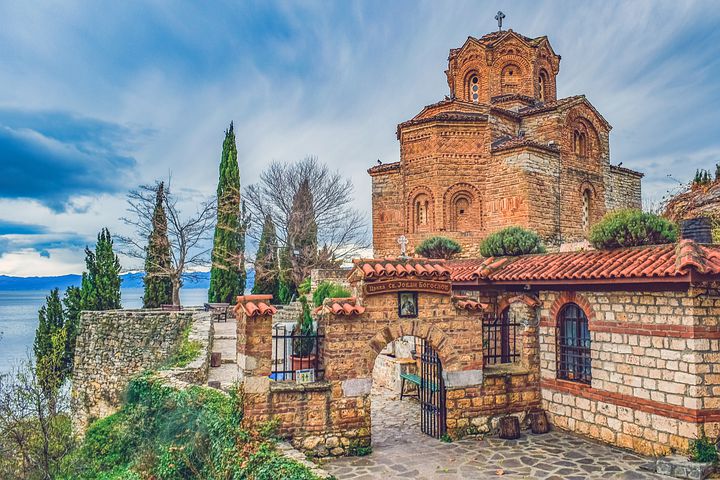 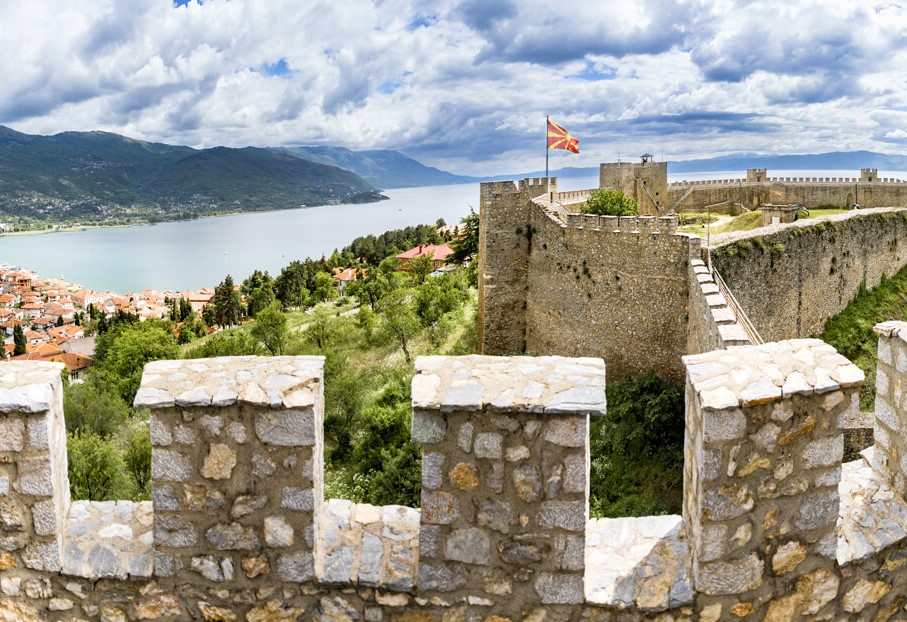 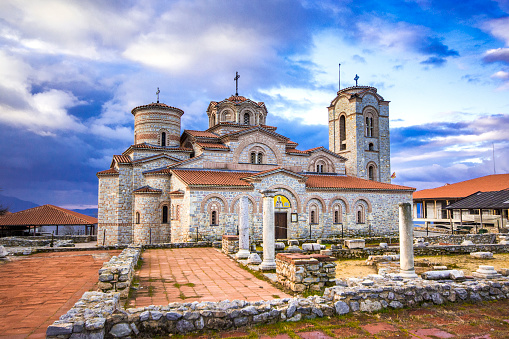 Arrival at Skopje airport. Transfer to Ohrid. Accommodation at the hotel. Take a short sightseeing tour of your hotel’s surroundings – get helpful tips from your guide. Dinner. Overnight at the hotel in Ohrid.

Breakfast. After breakfast, sightseeing tour of Ohrid. Ohrid is a very ancient city located on the shores of Lake Ohrid. It is rich in monuments from different historical periods. Due to its historical value, the city and the lake are included in the UNESCO list as a World Heritage Site. On the main square of Ohrid, next to the port, there are monuments to the holy brothers Cyril and Methodius, who developed the Glagolic alphabet, and their disciples, Saints Clement and Saint Naum. Ohrid’s old town has many typical and traditional buildings as well as historic churches. One of the most important is the 11th century Hagia Sophia. Its walls are decorated with frescoes from that period. The tour continues to the Ancient Theater, built in the 3rd or 2nd century. BC. Visit to the 13th century church of the Holy Mother of God Periveptos and the world famous icon gallery, where icons from the 11th to the 19th century are kept and displayed. On the top of the Ohrid hill stands the fortress of King Samuel. From the top of the towers, tourists can enjoy a beautiful view of the city of Ohrid and Lake Ohrid. Visit to Plaoshnik, where in the late 9th – early 10th centuries. St. Clement founded the first Slavic University. On this site there is an early Christian basilica (4th-6th centuries), the floor of which is decorated with mosaics. The tour continues towards the Church of St. John Kaneo. This church is located on a cliff just above Lake Ohrid. Return to the center of Ohrid. On request, a traditional dinner with national dishes, folk music and dances “Balkan Night”. Overnight.

Breakfast in the hotel. After breakfast, if you wish, you can visit the city of Bitola. Visit the historical excavations of the ancient city of Heraclea Lincestis, which are located in the vicinity of the city of Bitola, at the foot of Mount Baba. It was built in the middle of the 4th century BC. – its beauty and charm testify to endurance and superiority in time; Lunch (optional). Visit to the military secondary school “Kemal Ataturk”, which bears its name in honor of the creator of modern Turkey, who studied military craft here, walk along the main street Shirok Sokak (Shirokaya street) surrounded by beautiful houses of the late 19th – early 20th centuries, full of cafes and restaurants; monument to the first cinematographer in the Balkans, Milton Manaki, New Mosque, Clock Tower, Bezisten, Old Bazaar. Free time for shopping. Return to the hotel. Dinner. Overnight.

Breakfast. After breakfast, on request, it is possible to visit the monastery of St. Naum with a local guide. The monastery complex of St. Naum is located a few kilometers from the border with the Republic of Albania on the shores of Lake Ohrid. In the vicinity of the monastery there are the largest natural springs that feed Lake Ohrid. As part of the Galichitsa National Park, they are under the protection of the state and the best way to see them and enjoy the beauty of untouched nature is to rent a small boat, on which in 30 minutes you can swim to the springs themselves and see how from the bottom of the earth, along with the streams of water. air bubbles come to the surface. Also here you can hear birdsong and enjoy the stunning colors of nature. Return to the hotel. Dinner and overnight.

Breakfast. After breakfast, a free day is provided for individual activities and walks in the historical and central part of Ohrid. A boat ride on Lake Ohrid is available at 12:00 on request. Return to the hotel. Dinner and Overnight.

Breakfast. Free day for shopping in the center of Ohrid. Dinner and Overnight.

Breakfast. After breakfast, departure to Skopje. Upon arrival in Skopje, a sightseeing tour is planned. Visit to the Old Railway Station, the oldest in the Balkans, and the Earthquake Museum; Monument to Mother Teresa; A stone bridge; Church of the Holy Savior (Holy Salvation), which is famous for the fact that the remains of the great Macedonian revolutionary Gotse Delchev are buried there, Fortress Kale; Free time for lunch at the Old Bazaar and tasting our traditional dishes. We continue our journey by visiting Matka Canyon by bus, where we will (optionally) have a boat trip across the river and visit Vrelo cave, visit the Church of St. Andrew and return to the hotel. Optionally, a visit to the Kamnik winery near Skopje with a tasting of special wines. Dinner and overnight in Skopje.

Breakfast. After breakfast, free time in the center of Skopje and visit the City Mall shopping center. Transfer to the airport / end of the tour.

Included in the tour price:

Air flight Kiev-Skopje-Kiev (the price is based on the minimum tariff, it is precisely specified at the time of booking) – on a tour with an air flight;
1 night stay in Skopje – Panoramika Design & Spa Hotel 4 *;
6 nights accommodation in Ohrid – Ohrid Maiva 4 *;
Meals – breakfasts and dinners;
Transfer airport-hotel-airport;
Services of a person who will meet and show you before the transfer;
Russian-speaking guide on days 2 and 7;
Entrance fees to museums and attractions included in the program;
Tourist tax;
Insurance.

Not included in the tour price:

All individual excursions, entrance tickets to museums and attractions not included in the tour program;
Traditional dinner Balkan Night – 25 €;
Boat trip in Ohrid – 20 €;
Wine tasting in Skopje – 25 €;
Visit to the monastery of St. Naum – 25 €;
Visiting the city of Bitola – 30 €;
Supplement for single occupancy;
Personal expenses.